This morning, a day after the appalling tragedy in Grenfell Towers, I read a comment on FB written by my friend Chris, a recently retired firefighter who I have know since he was a lad of 17.

He explained that The Sun had asked a firefighter for an image that was taken during the incident and he declined. Chris said: “I do not wish to politicise this at this point but wish to say that Firefighters would have feared the worst when entering this tower as they were asked to write their names in chinagraph pencil on the backs of their helmets. This of course was the image The Sun wished to use. The Sun’s reporting of Firefighters over the years has been less than favourable.”

He went on to say: “I am deeply saddened that we were unable to save more people. I know at first hand that firefighters will agonise over this for the rest of their remaining career. RIP all those affected.”

And that of course is the saddest irony in this tragic situation; the firefighters, men and women who have every right to feel demoralised after years of station closures and erosion of their numbers, along with their pension rights, as ever didn’t allow their personal feelings get in the way of doing that thing that they are constantly lauded for, both by the two-faced politicians who are responsible for the cuts and the scummy tabloids that prop them up – rushing into mortally dangerous situations that ordinary sensible people are trying to escape from.

Earlier I had read another firefighter explaining that they were only supposed to spend a maximum of four hours fighting a blaze but due to all of the cuts, many of them had been directly involved for over 12 hours! In the circumstances they would be entitled to ‘work to rule’ but of course they were never going to do that. 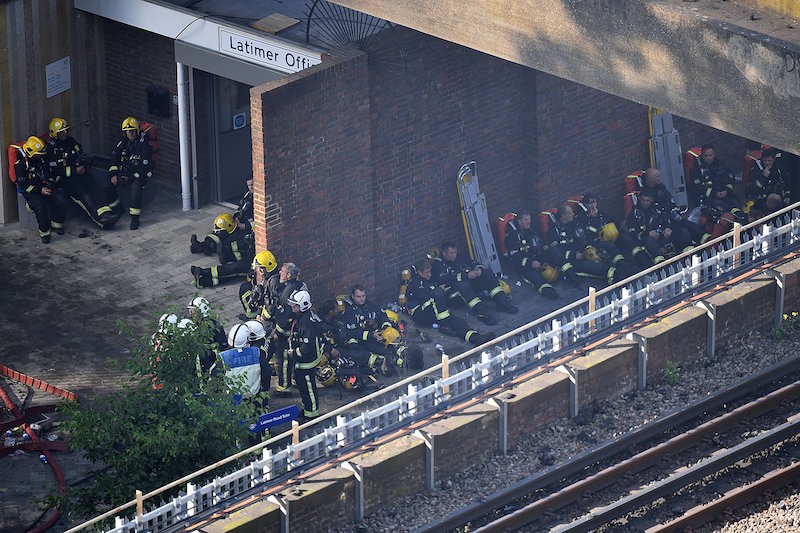 I responded to Chris’s post by saying that after taking a moment to reflect on the enormous bravery and sheer physical resilience that must demand – not to mention the emotional toll of having to deal with so many dead bodies – I was absolutely in awe of his old colleagues and at the same time full of nothing but loathing for the politicians who were responsible for closing so many fire stations and for cutting corners on the safety of tenants of public housing.

And that’s why I’m not quite as squeamish about politicising the point as Chris is; because the deaths will have happened as a direct consequence of decisions made by politicians; decisions that were arrived at for all of the wrong reasons – i.e. finance and dogma – that are a reflection of just how little they value the lives of residents of Grenfell House and millions of others like them across the country.

Yesterday our airwaves and TV screens were filled with precisely those politicians (or at least representatives from their parties) who were responsible for the savage cuts to the fire brigades and the watering down of landlords’ responsibilities; and every one of them without exception was at great pains to express their overwhelming regret at the tragic loss of life. It is a reflection of just how mendacious they are that they were able to do so without so much as a passing reference to their policies which had, if not directly caused this calamity, at least created the circumstances that allowed it to happen.

In November last year the Grenfell Action Group wrote the following in their blog:

“It is a truly terrifying thought but the Grenfell Action Group firmly believe that only a catastrophic event will expose the ineptitude and incompetence of our landlord, the  KCTMO, and bring an end to the dangerous living conditions and neglect of health and safety legislation that they inflict upon their tenants and leaseholders.”

I’m sure that as they are people who sincerely care about the interests of the residents, they will derive no satisfaction whatsoever from being in the awful position to be able to say “I told you so”; so it can only be hoped that a meaningful enquiry will end in charges of corporate manslaughter that result in the responsible parties doing serious prison time – but experience suggests that that is highly unlikely.

As of this moment, the death toll at Grenfell Tower already far exceeds the number of victims in the London Bridge/Borough Market attack and by the time the final total is announced it could all too easily eclipse the fatalities in Manchester too. It is exactly the same politicians who were so outraged by those terrorist murders that they demanded extra resources and a shelving of human rights, who have been voicing their sincere regrets after this disaster; is it really too much to expect that they should attach equal significance to this appalling travesty? 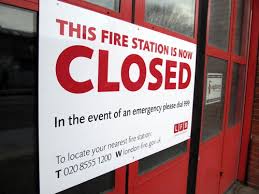