For nearly two weeks it had become a kind of routine. I’d put my four year old son to bed, followed swiftly by my sixty-six year old mum. Then once they were safely tucked up I was off duty. I’d get my Walkman, grab a handful of tapes and hit the beach. 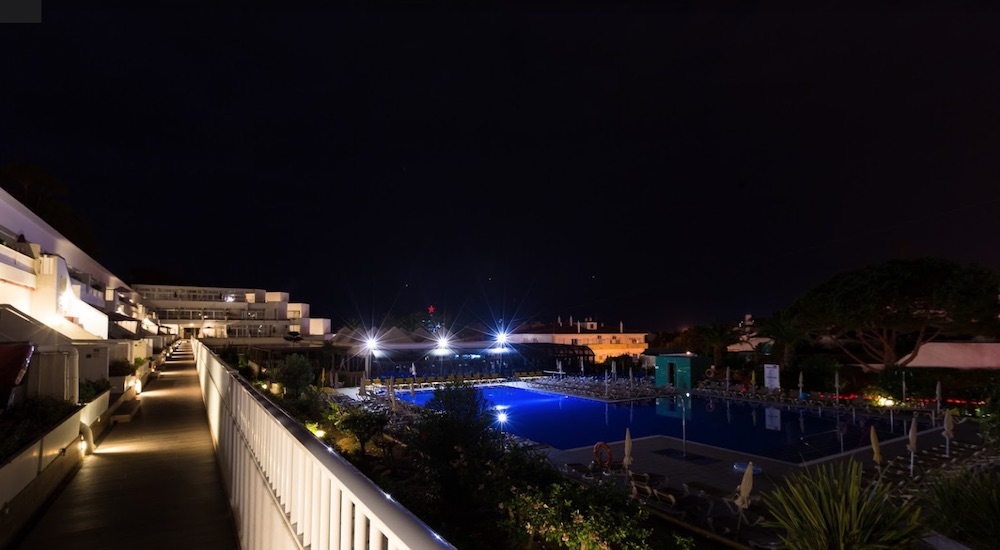 Ever since my trauma of the first night, I’d made it a rule never to put the cans on until I’d cleared the elaborate gardens. On that occasion I’d turned them on as soon as I left the apartment; they were cranked up to eleven and Velvet Underground were banging out ‘Waiting For My Man’, when a Rotarian couple (man in jacket and tie, and woman in crisp frock and M&S Cardie) suddenly lunged out from between a bush and an ornamental fountain and moved their mouths at me. It was horrible! I’m sure they were saying something quite innocuous like “Hello. Lovely evening”, but it could just as easily have been “Take me to your leader.” The whole scene seemed bizarrely incongruous and was decidedly disconcerting. I had to change the tape and listen to Otis torture his tonsils all the way through ‘I’ve Been Loving You Too Long’, before I could even begin to regain my composure.

Consequently by Thursday of the second week, my custom was well established. I cleared the little Eden just shy of midnight and I was standing at the cliff-top looking down as the Atlantic rolled inexorably up the beach less than 50 yards ahead of me before I donned my oversize Sony headphones (I’d come to the conclusion a few nights earlier, that anyone viewing my silhouette would simply assume I was a Cyberman on a package tour to the Algarve).

I pulled a cassette from my pocket at random, snicked it into the machine and hit the play button. There was a remote click as the machine changed direction, followed by a faint hiss, the cellophane lead-in a diluted imitation of the distant crashing of the surf. Then, as the first of the chromium tape crossed the head, the sound in my ‘phones joined the sizzling of the sea in a muted, but all enveloping harmony of white noise. My fluffy cotton wool world was abruptly ripped apart by a lone ringing guitar. After a beautifully understated intro, a man’s voice half croaked “There’s colours on the street, red white and blue…” Yes Neil Yes! Yes! Yes! I half skipped down the short cliff path and across the fine sand, before taking up my regular spot at the frothing rim of the ocean. I luxuriated in the wall of sound as it rose to a crescendo. As I listened I stared absently at the crystalline sky, its unpolluted inkiness the perfect backdrop to the bright button moon and sparkling diamond pinheads.

I imagined the Earth was a toy; a small ornament, a table top conversation piece. A tiny blue/green globe nestled within another. The outer sphere, which was lined with indigo velvet, had apparently random pinholes (although some of them seemed to form distinct patterns) which revealed the searing light that burnt without. The ‘moon’ was an eyepiece. A window, through which a fascinated visitor could admire the wonderful creation within. As the image percolated slowly through my brain, my attention drifted back to the music “…There’s one more kid that’ll never go to school, never get to fall in love, never get to be cool…” As his acid words burnt through me, my elation simply dissolved. Then again, perhaps our planet wasn’t such a delightful jewel. Who would bother to look in? The ‘Earth toy’ was probably just a passé load of old tut, providing as much opportunity for leverage on the social intercourse front, as a Taiwanese snowman shaker. 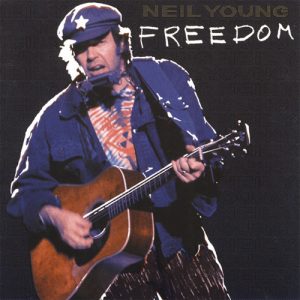 ‘Rocking In The free World’ faded away and my attention was wrenched back to the tumultuous breakers as they continued their relentless campaign to take the beach. Back in my ears, an acoustic guitar announced that Janis was about to give her all for Bobby McGee, and I smiled, once again at peace with the world. There’s no denying Mr Young was right, but equally there was no point in getting depressed about it there and then. After all I was off duty. By the witching hour I wasn’t my son’s father, my mother’s son, or my brother’s keeper; for that short time I was just plain me. And considering I was down on the beach at midnight, what more could a boy reasonably ask for?

The lights of invisible fishing boats draped the horizon as far as the eye could see. They twinkled rhythmically as they slowly bobbed on the tide like an irregularly spaced necklace. A balmy breeze breathed gently from the land behind me and the solar system glittered infinitely as Janis breathlessly related how Bobby had shared the secrets of her soul. A peaceful feeling of insignificance descended over me. Although insignificance isn’t really the word, humility would be closer to the spot, as there was absolutely no sensation of being in the slightest bit extraneous. Quite the opposite. At that moment, I knew I was an integral, intrinsic, absolutely essential part of the greater machinations of the universe. 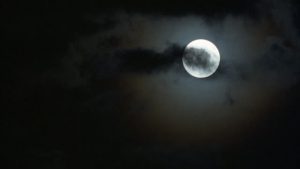 Suddenly the vista was gently bathed in a darker shade of pale, as a lone cloud slid leisurely across the moon’s broad face. The diminutive wisp of vapour, was barely large enough for the job, but it drifted along unhurriedly like cigarette smoke carried on a gentle draught. The effect in the small cove was like a chiffon scarf being casually draped across a lamp. As the first slow keyboard chords and anticipatory cheers of the Lyceum crowd trickled through the wires and into my ears, the light began its return. It was as if some celestial roadie was slowly removing a gelatine sheet. The eastern arc emerged first, throwing a beacon on the cliffs ten metres above me and there, standing in a stellar spotlight in the first minutes of Good Friday, stood a lone Christ like figure. He had shoulder length hair, ragged clothes, and appeared to be playing his guitar to the moon. It was a picture of the Blues. I could imagine the MTV special: “Jesus Unplugged: Live from the Garden of Gethsemani”!

As the beacon reached my spot – within inches of the constantly shifting tide line – the ‘Messiah’ appeared to notice me for the first time. He swung his guitar behind him and raised his hand in a gesture that could equally have been a greeting or a blessing. 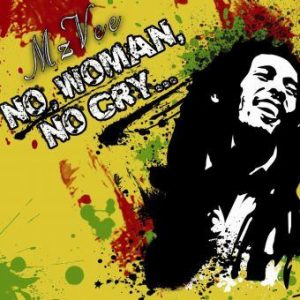 The point where he had materialised was hidden as I scrambled up the cliff and I half expected to find he’d evaporated by the time I surfaced. But he was still there, sitting on a rock, concentrating intently on his right hand as the fingers skipped lightly over the strings of his guitar. I ditched ‘No Woman No Cry’ and slipped off the cans. After all, it may have been ‘live’ but it was still a recording – whereas this really was live music. Besides, Bob was dead and it occurred to me that if it turned out that this wonderfully peaceful figure was in fact “The Saviour”, there’d be little point in coming back to hear him play tomorrow. After all he wouldn’t be able to pick out many notes with his hands nailed to a cross!

I squatted opposite him and he looked up, smiling beatifically, before turning back to his instrument and launching into the piece he’d been practising so patiently:

“Oh I could fly ‘neath the wings, of the bluebird as she sings, the six o’clock alarm would never ring, but it rings and I rise, wipe the sleep out of my eyes…”

OK I’ll admit it wasn’t exactly what I’d expected. I’m not saying I was anticipating Gospel necessarily, but at least something a tad more appropriate – Muddy Waters, Bob Dylan, Leonard Cohen – you know the sort of thing. Frankly I was taken aback to discover that God’s only son even knew any Monkees songs, let alone that he was playing them on a night of such awesome significance.

It turned out that he wasn’t Christ after all. He was a twenty-two year old German by the name of Wasti, who’d taken a semester off from his business degree to pack his life into a garishly spray-canned VW camper and live on a beach in Portugal until October. He spoke dreamily of how beautiful life was. He had the ocean and the heavens, somewhere to sleep and somewhere to cook; a beach cafe where he could clean his teeth – and his guitar. Between songs, we talked of the important things in life. Things that had absolutely nothing to do with money or materialism and everything to do with life as a celebration. We saluted the elements, and toasted universal peace and love. 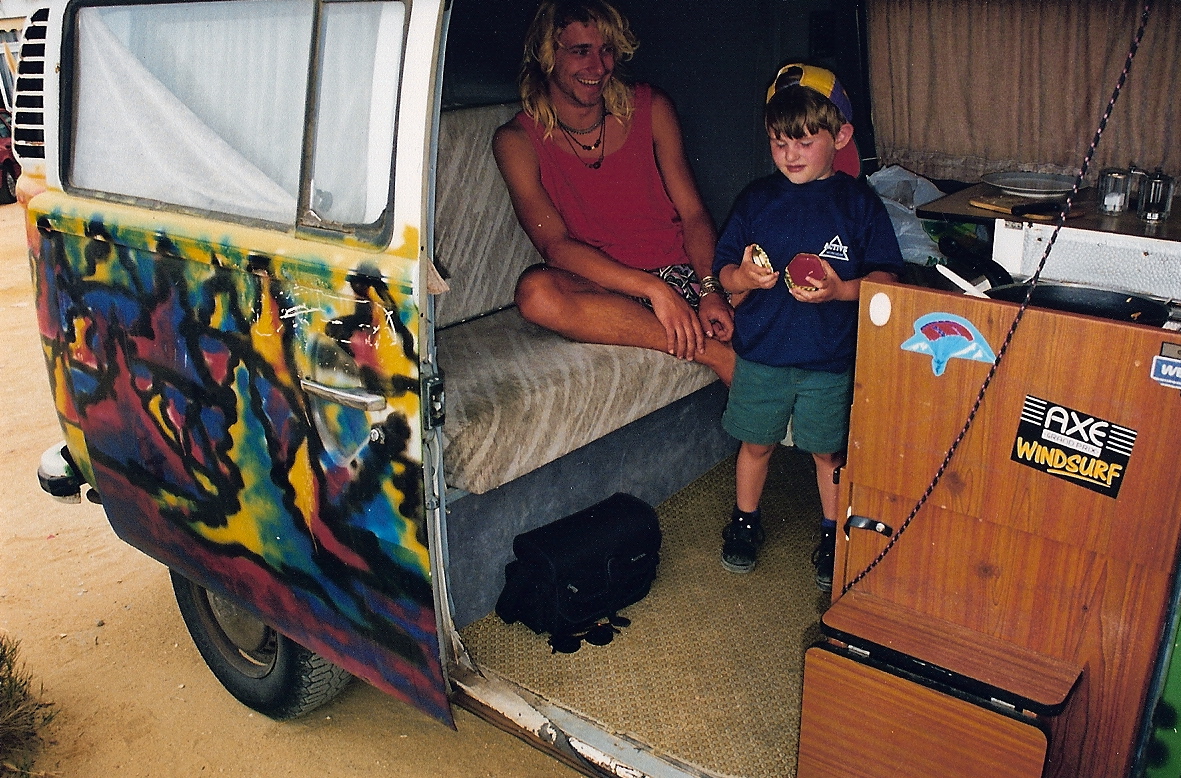 As I waved auf wiedersehen a couple of hours later, I couldn’t help but wonder if his brief odyssey would reinforce his views? Or was he just another minor reverberation; an echo of the battalions of Sixties Harvard Business School undergraduates who took time out to drop out, before returning to – and wholeheartedly embracing – the real world of practicality, commerce and capitalism.

Who knows? Perhaps I’ll return at the same time eleven years from now, and find him still there, unrepentant and unwilling to recant. But it’s kinda unlikely though. It’s one thing having the sort of ideas we shared that night when you’re in your early twenties, but, as the boy from Bethlehem discovered, saying the same stuff to loudly at the age of thirty-three, is guaranteed to get you crucified every time. 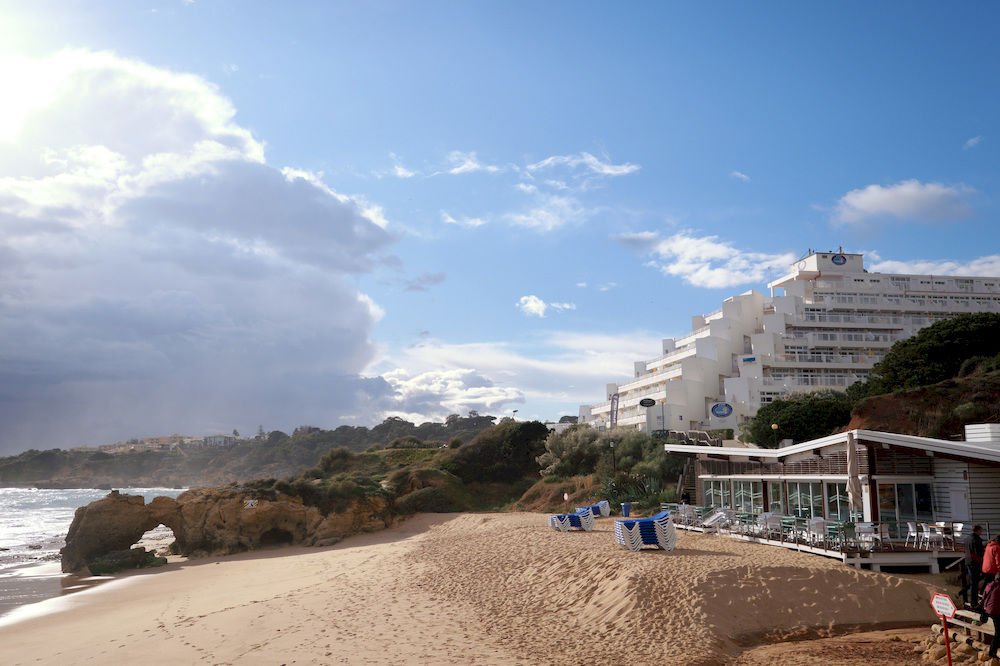