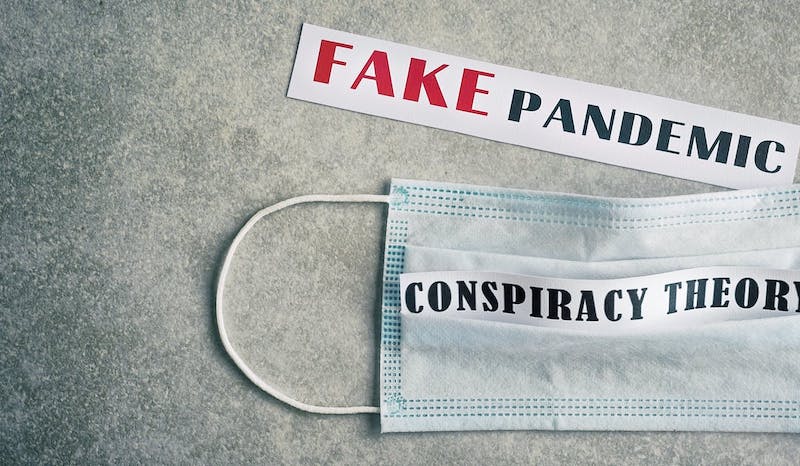 It was gone ten this morning before I got an opportunity to say more than “would you like a coffee?” to my wife; and by that time she’d already been in a couple of remote NHS meetings, including the daily critical planning one where the management team were creatively eking out their rapidly dwindling human resources (in the most real and immediate sense of the word – staff sickness on one ward was running at 45%!) to continue delivering desperately needed mental health services for users whose illnesses have been exacerbated by the fall out from the pandemic.

Before her working day had started, she’d skimmed through a conversation I’d been having yesterday with a friend on Facebook and she was spitting nails when we spoke. I have a few friends – including one or two of the real world, long-term variety – who have swallowed the whole Q’Anon conspiracy, hook, line and sinker! They genuinely seem to believe that the ‘Covid-19 Hoax’ has been masterminded by billionaire paedophile lizards, who are executing a nefarious plan to inject everyone in the world with micro-chipped ‘vaccines’!

However the conversation she’d seen wasn’t way down at that end of the spectrum (I gave up trying to reason with foil hatters long ago) but as she pointed out, it’s even more insidious and so much more disheartening when people’s comments are pitched at a more basic personal level, where gainsayers boldly declare that they don’t know anyone who knows anyone who’s actually died of Covid-19, or that they have first hand experience of falsified death certificates and empty hospital wards where staff are sitting around drinking coffee and filing their nails. 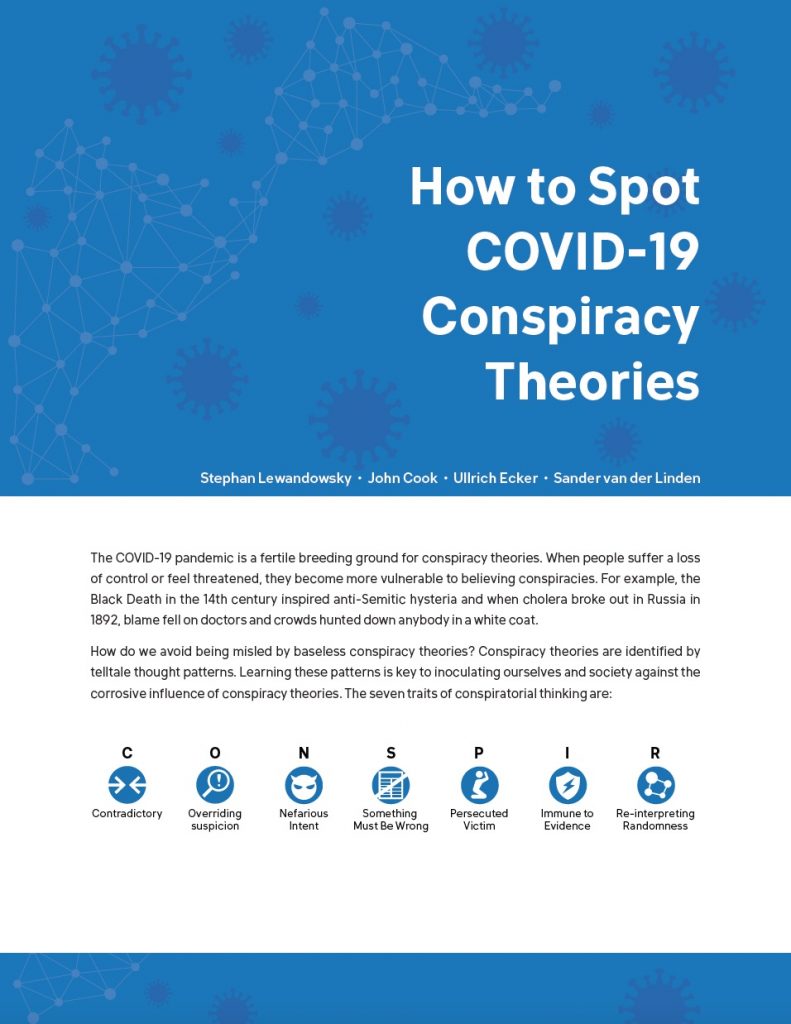 The reality is that the NHS had 40,000 unfilled nursing vacancies at the end of 2019 – and god knows how many again for doctors and ancillary staff! Clearly these mindless critics haven’t given a moments thought to what it involved to adapt a totally unprepared NHS to contain a pandemic that could very easily have overwhelmed it – as it had in Italy where they had been piling the corpses up in refrigerated trucks.

It’s incredibly insulting to staff who’ve been run ragged for almost a year and have found themselves in an all hands to the pump situation ever since this second wave came crashing in, to suggest that they’re all nothing more than dupes in a giant confidence trick! “Ah but is there really a second wave?” the non-specific conspiracy theorists demand! “How can you tell when everyone from flu victims to terminal cancer patients – none of whom had ever even been tested for Covid-19 – are included in the figures?”

In the conversation that had so incensed my wife, my friend had said, “One thing I cannot figure out though and that is who tells folk to lie on death certificates and why do at least some medical folk do it?” Surely a related but infinitely more sensible and far more relevant question would be, “Do you understand how impossible it would be to persuade doctors across the NHS to perjure themselves on legal documents?”

But clearly the conspiracy cognoscente aren’t interested in asking obvious questions with obvious answers that would blow holes in their half-arsed theories! Ask them who they believe is benefitting from the pandemic and how the evil geniuses behind it managed to persuade ALL of the world’s leaders (with the exception of macho hard men like Bolsonaro and cretins like Trump – whose populations have consequently suffered appalling death tolls!) to play along? And the best they can manage is to tap the side of their nose ‘knowingly’.

My friend suggested that it served the financial interests of the people in power to inflate the figures; and while there can be no doubt that the Prime Minister’s cronies have made an inordinately obscene amount of money out of the crisis, it vastly overestimates their capabilities – if not their avariciousness – to propound that it is all just a money-making scheme! Not least because they’ve repeatedly demonstrated that they are incapable of organising a piss up in a brewery, let alone a conspiracy on the  sort of scale this would demand!

Nobody within my extensive personal circle, whether they’re NHS workers – which includes quite a number of my friends including my wife and my long time mate Jane and her son Martin who’s currently running himself ragged as a London paramedic – or people who have spent time in an ITU, or whose nearest and dearest have, whether or not they survived the experience, are under any illusions whatsoever about just how authentic this pandemic is.

So if you and a small, but vociferously vocal, number of your buddies, honestly believe that there’s more to this than meets the eye, perhaps you could address yourself to the questions I posed above, before you start tossing around anecdotal stories – most of them second, third or fourth hand – that you believe lend credence to your “It’s all a trick by the mainstream media” fantasies.

Since the appalling consequences of Brexit have gone from being ‘Project Fear’ to inescapable, undeniable realities, there’s been little beyond an embarrassed silence from the “We won, get over it! We’re taking back control” mob! And there’ve been reports today that Q’Anon devotees in the US have gone into meltdown because as Huffpost put it “The mythology held that on Wednesday, at long last, the Bidens, Obamas and Clintons would be rounded up and executed for child sex trafficking, treason and other crimes. Trump, having finally conquered evil, would remain in power” which turned out not to be the case – who’d have thought it!?

Please don’t wait until someone you really care about falls victim to the devastating reality of Covid-19 before you stop recirculating slapdash conspiracy theories, because as long as you do, in your own small way, you manage to do every bit as much harm to the essential lockdown message, as Cummings’ arrogant cross country jaunt did last March.

I defy anyone to watch this BBC video and be left without a tear in their eye, let alone any illusions in their minds about just how desperate the situation is. As the presenter Lewis Goodall says at the end “There are those among us who claim the crisis in our hospitals is confected or exaggerated, or it is no different from what is typical; those people must open their eyes; must see what is here, realise how close to the edge we are…”

Just as I was about to go live with this blog, my wife came to me in tears telling me that she had just been informed that the colleague who she’d told me was in ITU a couple of days ago – a chap I’d heard her talking to a few months back and I’d remarked that he sounded like a lovely fella – had died.