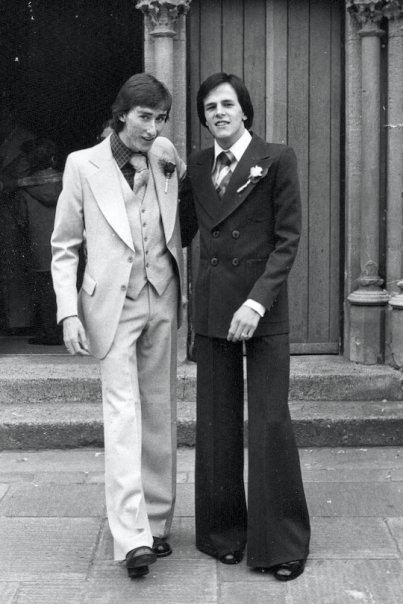 Facebook groups are funny things; some are small, comparatively insular collections of people I know quite well – even if I’ve never met some of them in the real world – others like a few of the biker groups have thousands or tens of thousands of members.

“Fond Memories of Kentish Town” is an interesting example. I started it myself because I had very fond memories of the area I grew up in, but the group I’d originally joined, where I’d enjoyed checking out the photos and reading the posts, was regularly peppered with racist comments and had administrators who seemed disinterested in discouraging them.

The new group’s much smaller – but growing steadily – and unsurprisingly considering I started it by inviting all of my old friends from Kentish Town, it contains a lot of people I know personally; but what I find particularly poignant is the way that everyone from right across the area that we would all have readily recognised as Kentish Town (I’ve often wondered where the actual official boundaries are?) embraces each other with such openness and friendliness.

Wasn’t it ever thus? Well actually no, not as I recall. Today when we’re happily sharing nostalgic exchanges on Facebook with fellow north Londoners from Archway and Somers Town, it’s easy to to forget that there was a time when the former had unloaded a shotgun outside the Wimpy and that I’d run for my life – cutting over back garden walls – to escape from them when they’d come to NW5 mob-handed and marauding in their motors! As for the latter, after a minor conflict between them and my close circle of friends in the youth club in the old fire station in Pratt Street, I spent much too much of my teens, sliding quietly out of discos at St Dominics or across to the other side of the Lyceum when they turned up!

And back then it wasn’t just when you strayed a mile or so either side of KT that you were likely to be challenged about where you were from! Nowadays many older peeps around my sort of age see news stories about stabbings and shootings that are apparently a consequence of ‘postcode wars’ and they mutter and tut and wonder out loud what the world is coming to! However, I remember innocently messing about on the swings in the estate on Raglan Street when I was about 12 or 13; and I ended up getting quite a kicking from a couple of 16/17 year olds because I wasn’t from there! 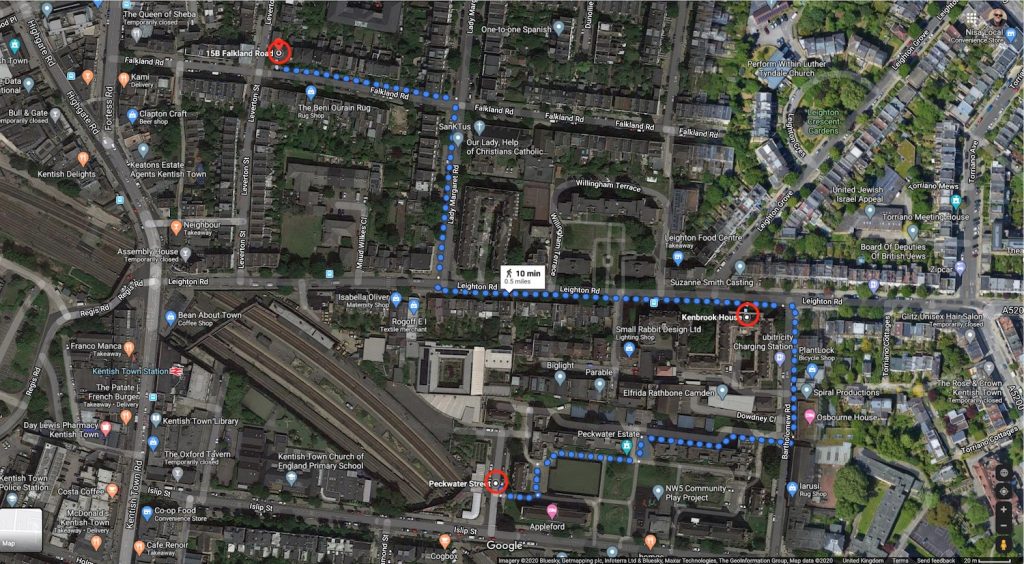 Consequently when I was 13 and the family moved all the way from the Peckwater Estate to Falkand Road – a distance of around half a mile – it could have resulted in all sorts of edgy confrontations if it wasn’t for the fact that my friend Mick who I’d known since we attended primary school together lived in Kenbrook House, which provided a useful staging post between my old life and my new one. Not that I was exactly welcomed with open arms – at least not by the boys! – but being introduced into the crew by Mick certainly helped to ease me in!

Although we went to different secondary schools – Mick to William Ellis and me to St Aloysius – we spent a large chunk of our teens and early twenties together visiting and holidaying in locations as diverse as Clacton, Majorca, the Ruislip Lido – and of course the one in Parliament Hills – Swansea, Rimini and New York City! Ironically it wasn’t until I moved to Peckham, which was just a little too far south of the river for someone who’d previously considered a trip to The Dun Cow in the Old Kent Road to be an adventure into a distant wild land that we began to see less of each other! I’ve joked since that I’d have seen more of him if I’d moved to Melbourne than South London – where I continued to live right up until the end of 2008!

Fortunately before the current crisis saw us all locked down, over the last few years we’ve been meeting up fairly regularly along with the peeps he introduced me to forty-two years ago – there’s nothing like a little nostalgia to bridge the gaps.

Mick doesn’t do FB or social media generally, so I’ve posted this here as it’s his birthday today and I wanted to thank him for being such a good buddy at such a significant time in my life!

(Some time ago I wrote an entirely fictional but largely true story about our youthful adventures, which I’ve still yet to finish but if you’re interested you can read it here.)